AN OUTSTANDING YACHT WHICH OFFERS A UNIQUE OPPORTUNITY

Built by RIVA, acknowledged as one of the most legendary yacht building company in Europe, Macami is hull number 8 of the DOLCEVITA model, of the 20 units manufactured by this prestigious Italian shipyard. In September 1999, she obtained her Navigation Certificate – Macami is the only RIVA DOLCEVITA registered in Spain – and since then, she has only completed about 1.500 hours of navigation.

With only two owners, in August 2003 she was acquired by her present owner, who since September of such year has undertaken extensive refitting, with important and many improvements being carried out in the shipyard. The main refitting finished in May 2004, but from then, she is being continuously improved while is permanently maintained by professional crew. 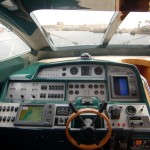 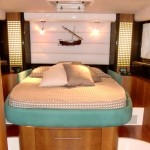 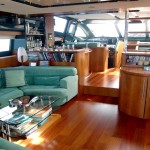 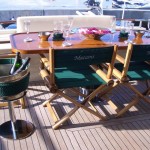 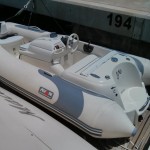 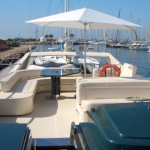